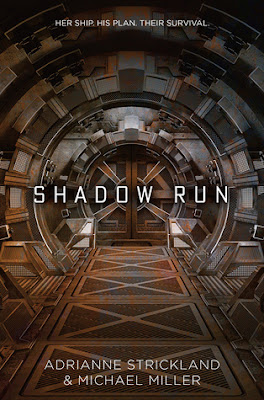 
"Firefly" meets DUNE in this action-packed sci-fi adventure about a close-knit, found family of a crew navigating a galaxy of political intrigue and resource-driven power games.

Nev has just joined the crew of the starship Kaitan Heritage as the cargo loader. His captain, Qole, is the youngest-ever person to command her own ship, but she brooks no argument from her crew of orphans, fugitives, and con men. Nev can’t resist her, even if her ship is an antique.

As for Nev, he’s a prince, in hiding on the ship. He believes Qole holds the key to changing galactic civilization, and when her cooperation proves difficult to obtain, Nev resolves to get her to his home planet by any means necessary.

But before they know it, a rival royal family is after Qole too, and they’re more interested in stealing her abilities than in keeping her alive.

Nev’s mission to manipulate Qole becomes one to save her, and to survive, she’ll have to trust her would-be kidnapper. He may be royalty, but Qole is discovering a deep reservoir of power—and stars have mercy on whoever tries to hurt her ship or her crew.

"Firefly" meets DUNE in this action-packed sci-fi adventure about a close-knit, found family of a crew navigating a galaxy of political intrigue and resource-driven power games.

YES! Yes to all of it! Add a little romance and hot boys, this is the perfect young adult sci-fi novel. I loved every word.

I don't have one negative comment to make about this book!!! Lots and lots of action! I think I have not one, but THREE new book boyfriends. Phew! The men in this book are not to be messed with. Loved it!

I also loved how well the authors described every scene and every gadget used. It was so easy to picture everything in my head. Every fight scene was so vivid in my head I found myself screaming out loud Yes! Yes! Beat his ass! It was literally like watching a movie play out. Adrianne and Micheal's writing blend so well together that I had no idea the book was written by two authors until I was done with it and decided I wanted to look up the author. I jumped into this one based on the synopsis and cover. I have no clue how I missed that it was written by two authors. Sometimes this can be a good thing, or bad thing. I felt that the writing was perfect! Every character has their own voice and sticks out from the rest.

YOU HAVE TO READ THIS ONE! I have the hardcover on pre-order, so I decided to giveaway my ARC copy today in celebration of the upcoming release. Trust me, you do not want to miss out on this one. 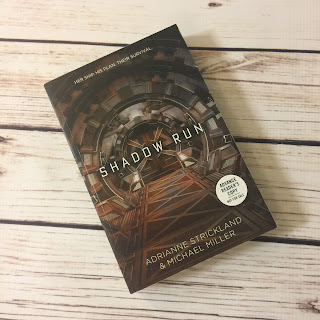 Enter to win an ARC copy of SHADOW RUN!
Head on over to www.GoodChoiceReading.com to enter!
books young adult SciFi for-fun review-for-pub